Multi-center database comprising deidentified health data associated with over 200,000 admissions to ICUs across the United States between 2014-2015.

Two-channel ambulatory ECG recordings, obtained from 47 subjects studied by the BIH Arrhythmia Laboratory between 1975 and 1979.

Tools for working with waveforms in MATLAB.

Tools for working with waveforms in Python.

Will Two Do? Varying Dimensions in Electrocardiography: the PhysioNet - Computing in Cardiology Challenge 2021

Will Two Do? Varying Dimensions in Electrocardiography: the PhysioNet/Computing in Cardiology Challenge 2021


A tribute to George Moody 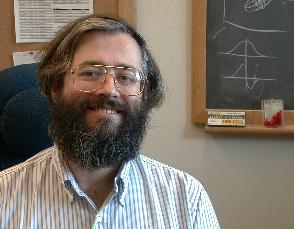 We are deeply saddened to announce the passing of George Moody, one of the original PhysioNet team. George passed away as a consequence of COVID-19 on February 13, 2021, surrounded by his family, Edna, Benjamin, Jeremy and Melissa.

George has been a fundamental part of PhysioNet since the beginning, stretching back into the late 70s and early 1980's. George developed the WFDB libraries, and much of code that can be found on PhysioNet today, which underpins the Research Resource for Complex Physiologic Signals, and the fundamentals of ECG signal processing. George's work spanned state-of-the-art QRS detection, beat classification, noise assessment, and heart rate variability, among other areas. A pioneer and stalwart of open source principles, his work has blazed a trail in the field of physiological signal processing. This was acknowledged in 2016 by the AAMI, which awarded him (jointly with Ary Goldberger and Roger Mark) its most prestigious prize, the Laufman-Greatbatch Award.

George is perhaps best known for his design and implementation of the PhysioNet/CinC Challenges, which he ran for 15 years, from inception in 2000, until 2014, after which he retired due to ill health. These Challenges have pushed the field forward, stimulating research and translation, long before most, if not all, other public data science competitions began.

George was generous with his time and took pride in answering almost every email he received. He tirelessly devoted himself to the field, supporting everyone, from the newest student, to the giants of industry. At Computing in Cardiology, which he attended every year from 1979 to 2014, he was often the star of the show, generating a unique buzz around the Challenges. He also served on the board of the conference for longer than anyone, and was an active member of that community for over 30 years, contributing over 70 articles to the proceedings.

George began his career as an undergraduate at MIT, studying physics. His (sometimes supernatural) skill at C coding led him to work on the seminal MIT-BIH Arrhythmia Database with Roger Mark and Ary Goldberger. (Still today, this database is at the core of many FDA applications.) After his student days George became a research scientist at MIT in Roger Mark's group and remained there until retirement. As with all good physicists, George was a polymath. You could talk to him about any subject and realize his depth of thought was exceptional. There wasn't a subject on which he couldn't offer a genuinely deep and informed opinion. Yet he listened to everyone and treated all ideas and views with the utmost respect.

George was a man who appreciated life to its fullest. Perhaps his most impressive characteristic was that he always put his family first. A wonderful father and husband, he always made time for those he loved.

Edna mentioned that George's favorite charity was Partners In Health (pih.org), and requested that anyone wishing to make a gesture in remembrance of him, to please direct it there.

George was loved by us all, and we miss him enormously. He leaves an enduring legacy for the next generation, although he would be much too humble to ever acknowledge that fact.

We have taken the difficult decision to pause all new applications for credentialed access to PhysioNet until 4th January 2021. We apologize for this inconvenience and we will be working hard to clear the backlog of applications in time for opening again in the New Year. Over the coming months, we will also be implementing changes to PhysioNet that we hope will streamline the process for future applications.

We are delighted to announce that MIMIC-IV has been published on PhysioNet! MIMIC-IV, the latest version of MIMIC, is a database comprising comprehensive clinical information on hospital stays for patients admitted to a tertiary academic medical center in Boston, MA, USA.

Major changes from MIMIC-III include: (1) a modular structure that links core hospital data to multiple data sources, including chest x-ray images; (2) an approach to date shifting that provides approximate year of admission; (3) new sources of data; such as the electronic medicine administration record.

The dataset is available from PhysioNet, and access is managed in the same way as MIMIC-III. If you already have access to MIMIC-III, then you will be granted access after signing the Data Use Agreement in the "Files" section of the project. New users will need to complete the credentialing process first (see: https://mimic-iv.mit.edu/docs/access/ for more details). For detailed guidelines on using MIMIC-IV, see the documentation!

Opportunity to join the PhysioNet team [Update: this position is no longer available.]

The MIT Laboratory for Computational Physiology is seeking a Post-Doctoral Associate to conduct independent research in health care informatics. The Laboratory is an NIH-supported multi-disciplinary group of clinicians, data scientists and engineers that produced the publicly distributed and growing MIMIC database. It is a rich and open research resource that supports signal processing and machine learning research leading to new knowledge and patient-specific prognostic and therapeutic guidance for critical care.

The Postdoc will contribute to the design and management of the current and future MIMIC databases, and will conduct multidisciplinary original research together with clinicians. The position provides the opportunity to interact with a world-class laboratory comprised of engineers, mathematicians and clinical staff working at the frontiers of translational medicine and advanced research in the domain of critical care informatics and machine learning. The Research Fellow will both contribute to ongoing research projects and propose innovative new projects suitable for research grant funding.

The ideal candidate has a doctoral degree in science or engineering, or a related discipline to assure high level understanding of the research environment. Experience in relational database development and administration is important, ideally in a medical environment. Competence and experience in a subset of the following is expected: Linux, Python, data management. Knowledge of medical terminology is desirable. Strong interpersonal and communication skills are essential. [Update: this position is no longer available.]

We are pleased to announce the release of the HiRID critical care dataset, developed as part of a collaboration between Bern University Hospital and the Swiss Federal Institute of Technology (ETH). HiRID is a freely accessible critical care dataset containing data relating to more than 33 thousand admissions to the Department of Intensive Care Medicine of the Bern University Hospital, Switzerland, an interdisciplinary 60-bed unit admitting >6,500 patients per year.